Only 2 days to go now until RACE DAY!. Whilst the side effects following ‘cycle 4’ have been a little more than the previous cycle, I am definitely still feeling ready for this race and can’t wait!.

It is being televised on channel 5 (from 10am to 12pm). Look out at around 11:30ish during the coverage as I have done a small film for the production team which I have been promised will be shown….hopefully the fact that I have never been ‘in front of camera’ or had any media training before won’t show too much:-)! 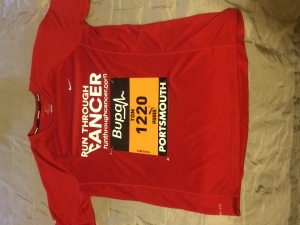