I have just come back from having my chemo pump removed for the 4th time (that’s 1/3 of the way through now nearly!), and so far I am feeling ok. In terms of side effects, I have some of the tingles / numbness in my feet now as well as the hands. I have also had a couple of very light nose bleeds which is apparently quite normal and to be expected. Provided this passes in the next few days which I am confident it will, then should be ok for the race.

Sharon (today’s chemo nurse) has said that as long as all the effects are gone by Friday next week (i.e. 9 days after first being administered), then they are happy to continue as planned for ‘cycle 5’ with the same dosage.

In the meantime I am thrilled to say that the running t-shirts have now arrived!…take a look and see what you think… 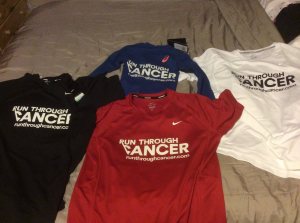 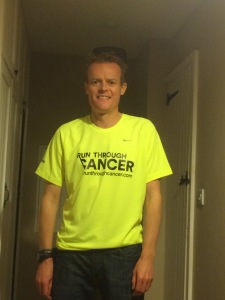 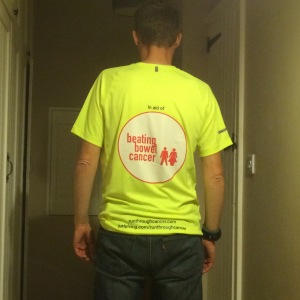 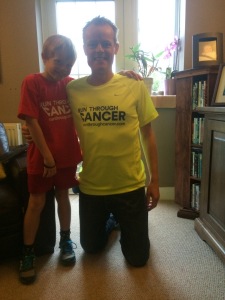 That’s Jack, our 7yr old son (in the last photo) in his supporters t-shirt which he has also decided doubles as a pyjama top…he wont take it off:-)!

I don’t think I will be able to resist a little light run tonight to try one of them out!